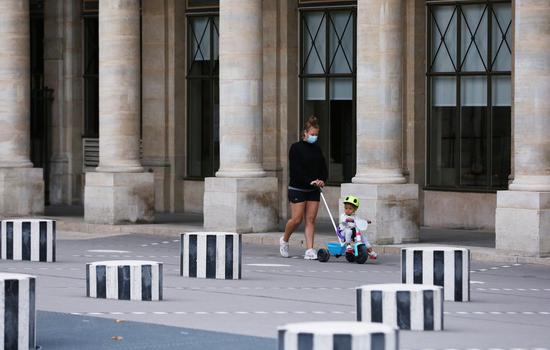 The recent resurgence of COVID-19 in many parts of Europe is challenging the preparation work of most schools across Europe, as they are set to open their campuses to students for the new school year in the coming days.

Ensuring the compulsory education while keeping kids safe has become a top priority for many European governments, who are rolling out various measures to hope to make it work.

Spain has registered 43,747 cases in seven days last week, the worst weekly figure since the end of March. France's data released on Friday showed the highest daily COVID-19 tally since March 31. Infections are also rising in the United Kingdom, Germany and some other European countries.

Different authorities across Europe are working for one goal this time -- avoiding another blanket closure of schools this autumn.

The Spanish Health Ministry and Education Ministry published a list of 29 measures and five recommendations for the start of the school year. Key measures include taking teachers' and students' temperature every morning, wearing of masks for children over six years old and cleaning their hands at least five times during the school day. Schools are required to apply extra hygiene measures and create stable "bubble groups" of children, in which closer contacts will be allowed.

In Italy, where the reopening of schools on Sept. 14 is seen by many as the biggest challenge after the COVID-19 lockdown feat, wearing of face masks will be mandatory for teachers and staff all the time, and for students in primary and secondary schools (from six to 18 years old) every time the one-meter safety distance rule cannot be observed.

Similar face covering measures were also announced in countries, such as France, Britain, Ireland, Croatia, Serbia, although the age and prerequisite for the wearing varied.

In addition to some already observed preventive measures, such as social bubbles, social distancing and frequent hands washing, some countries adopted more sophisticated measures based on color-coded systems or flexible learning.

The Austrian government launched a four-color coronavirus "traffic-light" system to help avoid a second wave of the pandemic. The system is intended to increase public health awareness and thus prevent a second wave in autumn, especially in view of the upcoming start of school, said Health Minister Rudolf Anschober at a press conference.

Romania will also classify their schools into three categories: green, yellow, and red according to the severity of the epidemic. Schools in the green area can take classes normally, the schools in the yellow area combine offline and online teaching, while the ones in red area adopt online teaching.

Serbia is set to start its new school year in either "basic" or "combined" model.

Although the new school year will start normally in Lithuania, remote learning might be reinstated in specific schools if they become COVID-19 hotspots, according to Lithuanian President Gitanas Nauseda.

Albania announced days ago three-scenario-based guidelines for the new school year, which requires distance learning once the pandemic worsens to certain extent. 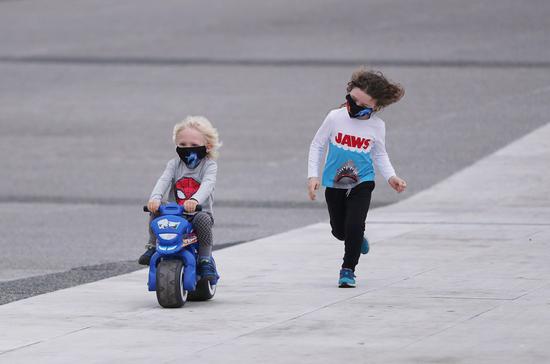 Despite the well-planned measures, worries remained among some parents and experts.

Children can carry coronavirus in their noses for up to three weeks, even if they have no or few symptoms, according to a study from South Korea.

The World Health Organization (WHO) and the United Nations Children's Fund (UNICEF) recommended children aged five years and under should not be required to wear masks, explaining that this is based on the safety and overall interest of the child and the capacity to appropriately use a mask with minimal assistance. Aged 6-11 should be based on some factors, such as whether there is widespread transmission in the area, where the child resides, the ability of the child to safely and appropriately use a mask. Aged 12 and over should wear a mask under the same conditions as adults.

The using of the masks is not only a technical problem in some countries.

The Britain's opposition Labour party accused the government of "passing the buck" on decisions back to schools, while some Tory MPs also criticized the move, the BBC reported. One of the Tory MPs, Huw Merriman, told the BBC that telling some pupils to wear face coverings sent "the wrong message" and suggested "schools are not a safe setting."

According to the Society for Virology, the largest virological society in Europe, infection rates in children and their role in the pandemic have so far only been incompletely recorded by scientific studies. And it warned against the notion that children are not involved in the pandemic and transmission. Such ideas are not in accordance with scientific knowledge.

Some Romanian health experts even admitted that the start of the new semester will bring more new cases to the country, not only the children themselves, but more parents, especially grandparents, will become new infected ones.

Lithuanian Minister of Education Algirdas Monkevicius voiced similar concerns. "We cannot be sure that the infection will not affect Lithuanian schools, therefore, we must be prepared for it and know what actions must be taken immediately," Monkevicius was quoted as saying in a press release on Tuesday.

Parents are in a mixed feelings in sending their kids back to school.

"I look forward to the new school year with concern, not so much for my children's health, because it seems kids are less at risk even if infected, but for the great uncertainty in terms of family organization," Rosanna Magnano, a Milan-based journalist and mother of two, told Xinhua.

Another working mother, Cristina Zen from northern Alessandria, Italy, worried about the broader impact of school reopening on the country.

"Since the end of the lockdown, this is actually the first such large movement. What if infections ramp up again and we need another lockdown?" she wondered.

Stevanic, a father of a student from Ljubljana, the capital of Slovenia, said although the school took various preventive measures, he was still a little worried about the pandemic, due to the increase in infection cases recently.

In Germany, where daily infections exceeded the 2,000-mark last Saturday for the first time since April, Chancellor Angela Merkel called on German citizens to prepare for difficult COVID-19 times in the coming months on Friday.

She stressed that everything had to be done to ensure that children would not become the losers of the COVID-19 pandemic. Education was the most important and "schools must not leave anyone behind."

Most popular in 24h